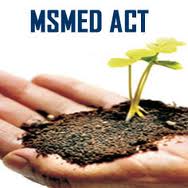 Recently, the Central Government by exercising the powers conferred by section 159 of the Patents Act, 1970 (39 of 1970), has made Patents Amendment Rules, 2014. The Patents Amendment Rules, 2014 has been published by the Government of India, Ministry of Commerce and Industry (Department of Industrial  Policy and Promotion) by notification vide dated 28/02/2014 in Part II, Section 3, Sub-Section (i) of the Gazette Of India, Extraordinary on 28-2-2014.

The Indian patent office has announced new patent fee schedule and has proposed some amendments via Patents (Amendment) Rules 2014 for filing patent applications before the Indian Patent Office and for prosecuting Indian patent applications before the IPO. The Patents (Amendment) Rules 2014 has been notified and the patent amendments are published in Gazette Of India, and the effective date of publication is Feb 28, 2014.

(i) in case of an enterprise engaged in the manufacture or production of goods, an enterprise where the investment in plant and machinery does not exceed the limit specified for a medium enterprise under clause (a) of sub-section (1) of section 7 of the Micro, Small and Medium  Enterprises Development Act, 2006 (27 of 2006); and

(ii) in case of an enterprise engaged in providing or rendering of services, an enterprise where the investment in equipment is not more than the limit specified for medium enterprises under clause (b) of sub-section (1) of section 7 of the Micro, Small and Medium Enterprises Development Act, 2006.

The word “enterprise” means an industrial undertaking or a business concern or any other establishment, by whatever name called, engaged in the manufacture or production of goods, in any manner, pertaining to any industry specified in the First Schedule to the Industries (Development and Regulation) Act, 1951 (65 of 1951) or engaged in providing or rendering of any service or services in such an industry.

However, in calculating the investment in plant and machinery, the cost of pollution  control, research and development, industrial safety devices and such other things as may be specified by notification under the Micro, Small and Medium Enterprises Development Act, 2006 (27 of2006), shall be excluded.

Provisional registration is granted to a unit at its pre-investment period to enable it to take necessary steps to apply for financial credit, land or an industrial set, water, power or telephone connections, etc.

The need of the hour is that the Indian Patent Office (IPO) must provide 24×7 online support to the patent applicants with detailed guidelines on how to use online patent filing user interface. Generally it is noted that on weekends the patent database servers are down for maintenance.

My personal experience after submitting online patent specification is good :)  . However, the whole online filing database and server has to be maintained properly by the IPO as there will be increase in online patent filings in the days to come.